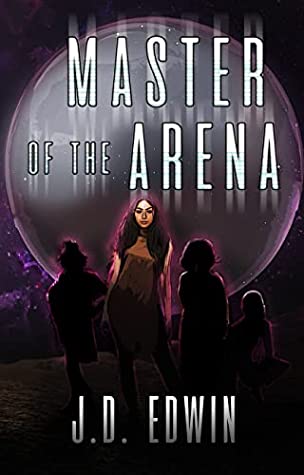 I just finished an advance review copy (ARC) of J.D. Edwin's second book in the Headspace series, Master of the Arena. I really enjoyed this sequel and gave it a 4/5 rating on goodreads. Here's what I thought about it:

This ARC was a very enjoyable read! J.D. Edwin has taken the concepts of the first book in the series and crafted an entirely new story around it. While it builds on the premise on which Headspace ended, it's an entirely new story with different characters. The journey of the main character is epic in proportions.

While this is set in the future, it's not hard sci-fi. This shows in places, where the various alien civilisations conjured up come across as slightly contrived. But not in any way disturbingly so, and it doesn't take away from the real story. The characters are what this book is about, though, and the author has absolutely nailed it in that regard. There's intrige, there's doubt, there's growth and there's a number of surprises towards the end.

It is not for the faint of heart, as it deals with death on a massive scale (extinction level here and there), in response to which some of the characters don't blink so much as an eyelid. The ending is wry and double-edged, just the way I like it.

At points, the narrative was a bit confusing, jumping between points in time without much to anchor me in the new situation or because of formatting issues. I assume that will all be ironed out in the final version.

Eager to see what comes next!