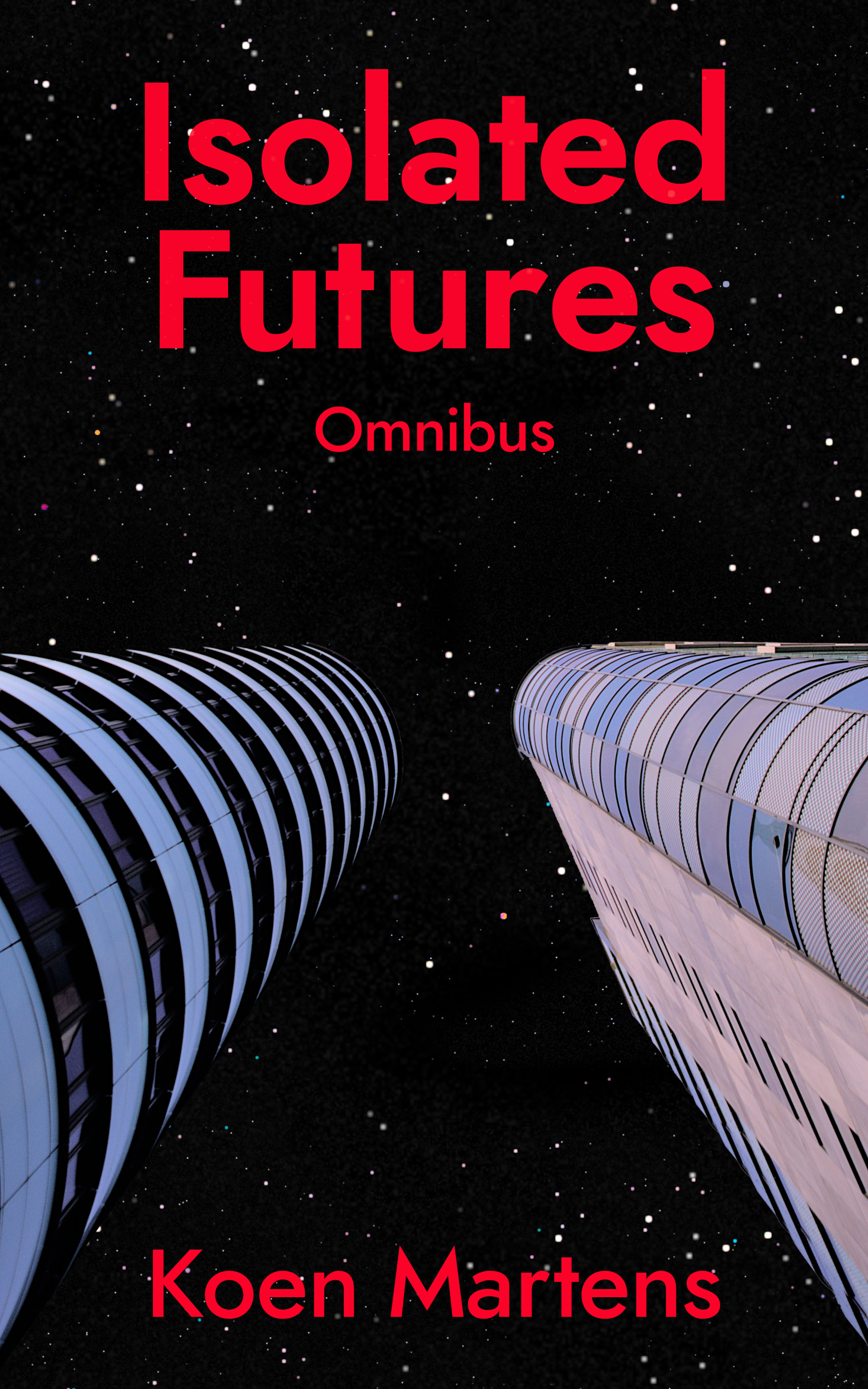 If you’re a fan of thought-provoking sci-fi cyberpunk technothrillers like The Passengers and Black Mirror, then Koen Martens’ sci-fi anthology is your perfect next read!

Story 1 - Forced to be Free: Sam, a young hacker with anger management issues, has joined a defense initiative against the advancing Russian army set to occupy Europe. When he discovers his boss is working undercover for the enemy, he must thwart his boss and prevent the destruction of the EU’s drone defense network before it’s too late.

Story 2 - Murder, Plain and Simple: Dr. Jennifer Mendoza is a ship physician on the interstellar luxury cruiser Christopher. When a prominent and wealthy passenger is murdered, she is called to investigate the crime. Can she identify the killer before more people lose their lives?

Story 3 - Cima Peak: Juan, a naive adolescent growing up in a post-apocalyptic world, embarks on a dangerous excursion that strands him and his friend far from his home. Can they make it back to their base before it’s too late to save the city from incoming slavers?

Story 4 - Negative Reinforcement: Limei is an independent app developer on an isolated space station. She is utterly dependent on and enamored with her personal AI assistant. When she learns The Algorithm is planning to destroy human life on her ship, she must find a way to take it down before her crew 80perishes.

Story 5 - Eddy: Digital forensics expert Lagan has been wrongly convicted of murder, but no one is willing to believe that he witnessed his own doppelgänger commit the crime. When he learns that the doppelgänger was one of many beings created to replace humans with AI-run clones, he must prove his innocence and take down the scheme before more people’s lives are ruined.

Story 6 - DingDong by Zhumee: When Martin’s new Zhumee smart doorbell accidentally causes his neighbor’s wrongful arrest, he must set out on a quest to prove her innocence. Little does he know, Zhumee has far more control over the justice system than anyone imagined. Can he race against the clock to take down this corrupt system?

Click through to amazon to delve into this eye-opening novella collection today!